The Top 5 Misconceptions About Mindfulness 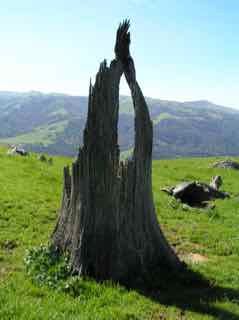 While it may not be exactly mainstream, the subject of mindfulness is getting lots of air time these days (e.g. Anderson Cooper’s interview of Jon Kabat-Zinn on 60 Minutes, news anchor Dan Harris’ book on his experience with mindfulness, The Huffington Post’s frequent articles). But I find that many people still have no  idea what mindfulness is, or they have some misconceptions about it. Here are the most common ones that I hear:

1. Mindfulness is for people who are into Eastern religions – it’s about becoming a Buddhist
It’s true that mindfulness and meditation have their roots in Buddhism and other ancient Eastern philosophies and traditions. But as it’s being taught and practiced in America today, it’s largely a secular activity geared toward reducing stress and distress, whose psychological and health-related benefits have been extensively documented and scientifically validated. Mindfulness is compatible with whatever your religious beliefs are, and certainly does not require you to become a Buddhist.

2. Mindfulness is for wimps – it’s too “touchy-feely” for me
This reminds me of an animated movie from a few years ago, “Fantastic Mr. Fox,” and the visiting cousin, Kristofferson, who assumes a meditative pose (sitting cross-legged, eyes closed, hands on knees with forefinger and thumb making a circle) at the most improbable times, like whenever everyone else is trying to figure out how to deal with an emergency. The implication is that he’s useless, can’t solve problems, and can’t deal with reality. This stereotype about meditation keeps many people from trying something that can actually improve their ability to think clearly, problem-solve, and be more effective in their life.

3. I don’t have time for mindfulness – must be nice to have an extra hour in the day to just sit and meditate!
That’s how I felt, as a working parent, until I learned that mindfulness is simply about being fully present, paying attention to what’s happening in the moment, without judging. While it does take time to learn how to practice mindfulness, once you learn it, it doesn’t require much additional time at all. And research has shown that even 15-20 minutes a day of meditation and other mindfulness practices can make a difference – improving mood, mental function, physical health, and overall well-being. Can you make time for those benefits?

4. I can’t meditate – tried it once, and couldn’t stop my thoughts, or clear my mind
This was certainly my experience when I first tried meditation – my thoughts were jumping around like a band of wild monkeys, and the harder I tried to quiet them the more rambunctious they got, so I assumed I just couldn’t do it. Then I found out that everyone experiences this when they start meditating, it’s just what our minds do. The idea is not to stop thinking (which is in fact impossible if you’re awake) but instead to learn to observe your thoughts without getting caught up in them.

5. Meditation scares me – isn’t it some kind of out-of-body experience?
While there are some types of meditation that do involve going into a hypnotic, trance-like state, that’s not what we teach in mindfulness-based classes and groups. Mindfulness meditation is actually about being in your body, fully grounded in the reality of the present. It’s adapted from a Buddhist practice called vipassana, which translates as “clear seeing” or Insight Meditation, and there’s really nothing frightening about it.